Senior Member
Member
Year five now ground is getting better the top soil us about 4” deep then solid light brown clay. We have two plantings of beets almost ready, carrots are doing good, tried eight cabbages this year and doing well. The white cabbage moth is hitting the Brussels sprouts so I might put a tent over them along with the cabbages.

After planting the tomatoes we had about three weeks of on and off rain and couldn’t work in the garden. I always keep them pruned to one main vine and remove suckers. This year all that got away from me, now they are more like bushes but have a lot of blossoms and many small tomatoes. If this works out I might just put them in cages next year and just let them grow.

We got bush beans, cucumbers on a fence, a lot of various peppers, cantaloupes, and corn.

We have another garden not fenced yet that I have been planting just potatoes only about three 40’ rows. The area is 20x40 so this year we added four rows of corn, three types of onions, zucchini and pumpkins along with some sunflowers in this area now called garden #2. Now that we added all that I have to fence it or the rabbits will be fat as pigs. The deer graze a lot around our place but never bother anything. I’ve only seen one raccoon and he is no longer with us. Lol I got some plastic fencing coming tomorrow and I bought some tee post to fence this area. Every year we keep saying we are going to cut back but keep getting bigger. Most of you know it’s a lot of work but when harvest time comes it’s a joy freezing and canning things. Our kids come over along with all the grandkids and watching them picking things from the garden makes it worthwhile too.

One funny note. This year I emptied out all three compost bins to do some repairs on them soon. One of the bins was not fully composted but still good to use. We now have cucumbers and tomatoes popping up EVERYWHERE ! 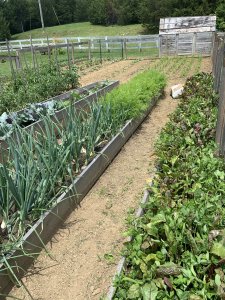 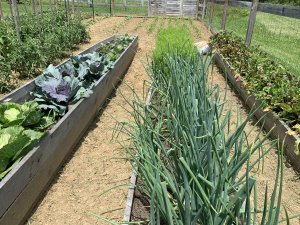 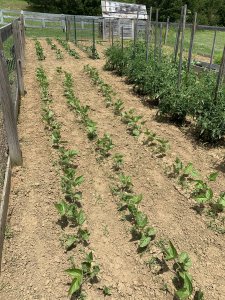 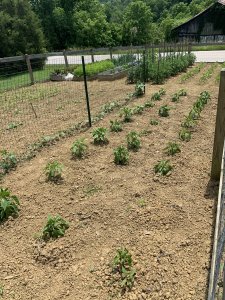 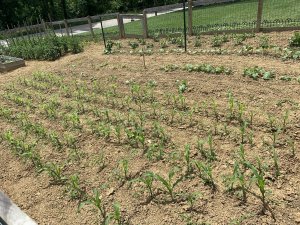 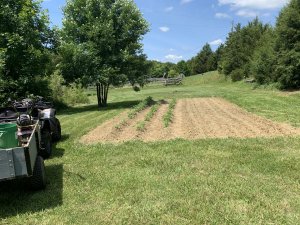 Senior Member
Member
Wow nice gardens. And a lot of work to keep them up. But the rewards are good.

Senior Member
Member
I built these cages several yrs ago to keep the cabbage moths out of the broccoli and the leaf miners out of the chard. Linda ordered the screen off the web and at this late date I can't tell you where. It's held up good against the sun and they're put away in the carport when not in use. The clothespins are removed at each end and the screen is lifted up and laid on top for access.

Senior Member
Member
We put our plastic fencing up today and not a day too soon. Rabbits already on the corn and sunflowers. We drove tee posts in no more than an 8’ span. I had three posts that CLANGED on a rock so I had to dig them up which is typical around here. It went up nice we first set all the posts then took a break. My wife took the four wheeler back to the house and started a late breakfast for lunch so I decided to dig up some rocks that my mower was hitting. After we ate we put the plastic up with some zip ties and made a fold away gate about 3’ wide. The plastic will come down at the end of the season. This is the only area I still disc and till. 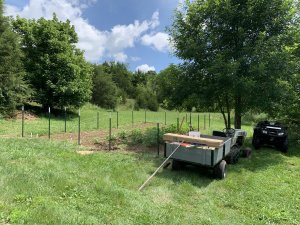 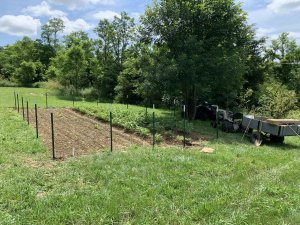 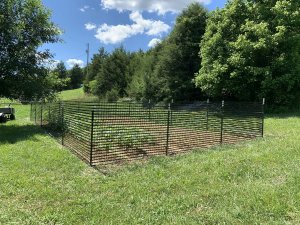 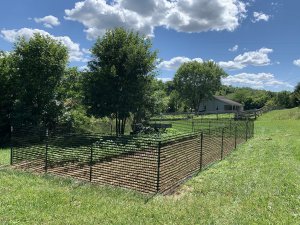 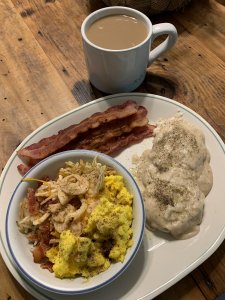 Senior Member
Member
We’ve harvested all the beets, onions, cabbages, and the carrots later next week. The corn in garden #1 is lacking nitrogen it has a yellow color to it. I’ve been giving it a good dose of Miracle Grow ftom a garden sprayer hoping it does better. Although the tomatoes are doing well I won’t let them grow wild again they are just too bushy. I’ve been dealing with the blight on some of them due to lack of air circulation. Using last years bean seed was a disappointment yields are way down for canning. I’m going to pick what is good tomorrow then till and plant some pole beans for a late crop. The peppers are doing real good we have sweet bell, banana, and jalapeños. The cucumbers are fantastic along with the squash, and zucchini. We tried Brussels sprouts for the first time in one of the raised beds. They are growing fast and starting to have the little heads on the stalks. My wife put out some bush pumpkins that are about the size of softball. In garden #2 the potatoes are about done and they are about eight volunteer tomatoes in them that have tomatoes already so I’ll let them grow. We dug some new potatoes and they were very good. Funny thing I know Noel will love this. I had reds, Yukon golds, kennebecs, and a few last years seed potatoes in separate mesh bags to be cut up later. My wife wasn’t thinking which is unusual for her she combined them all in one batch so we don’t know what we have until we dig them up. 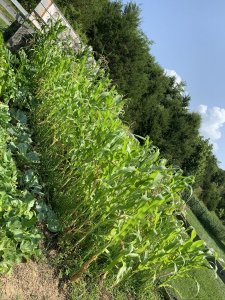 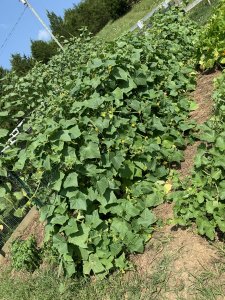 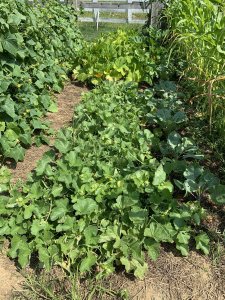 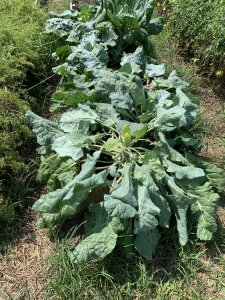 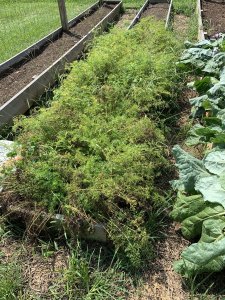 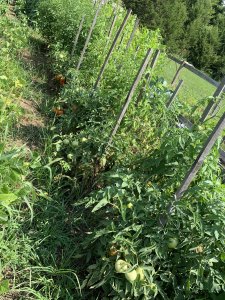 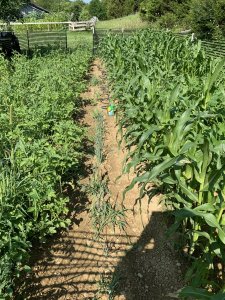 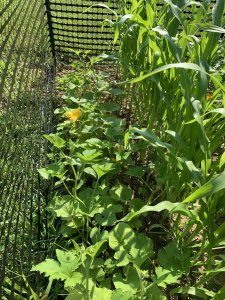 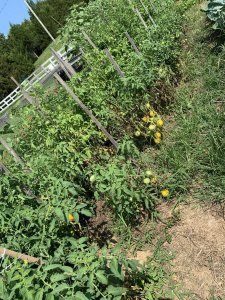 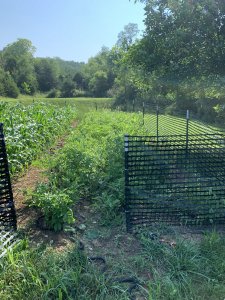 Senior Member
Member
Some garden there Jim. Yes I liked that. A surprise rows of potatoes. At least they will be easy potato’s to figure out what they are. Hehe.