Senior Member
I was planning to wait until I got a neat project going to start a thread in this forum.
But, 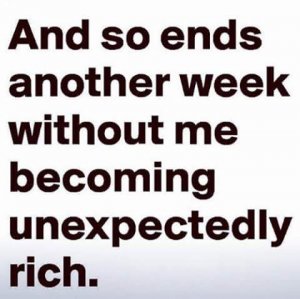 Senior Member
I used to live on the edge of the slums. Google maps still shows some of it. 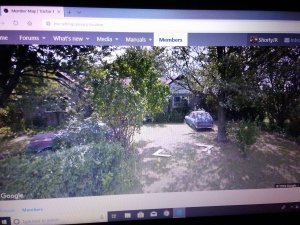 But a new owner leveled every thing and is starting over. 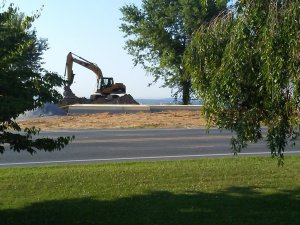 And so the hood is really changing for the better.

Senior Member
A project I was at this week. 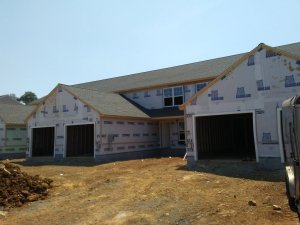 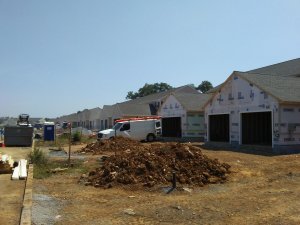 Hangin' with the cool kids

Senior Member
Member
Sometimes they just have start from scratch. Lol
as long as they don’t jam you from all sides
Be a while before they box me in. Not in my lifetime

Senior Member
Wasn't watching the garden very good the last week. It done dried up a lot more than I realized. 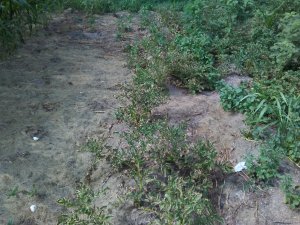 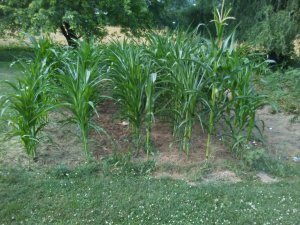 Senior Member
Member
The slums are no more

Senior Member
Member
Those people boxes are showing up everywhere.

Senior Member
Trying to clear out a slum property next door. This area was 8' tall, most of the yard was 3-5' tall. Some people are not fit to live without a guardian... 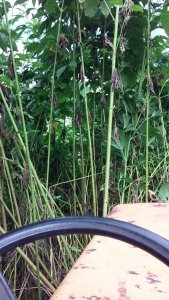 Senior Member
Nothing got done on the project list tonight or the honeydo list either. Sat down with an ice pack to cool my head after work. Woke up an hour later with no energy. I did take the boys across the road to see what all got accomplished at the new house. Saturday I filled in the washout on the drive and Sunday morning it gave a short downpour and washed again, not as bad as before though.

Senior Member
Member
I love where they throw subdivisions anymore. Around me there is tons of old strip mine land. I heard one time that it would take a 30 to 40 years after a strip operation reclaims for the land to fully settle back into place. I'm not educated on earth moving, so this could be wrong(not the first time)

10 years ago a developer built a sub division on what was essentially a swamp and the surrounding area had been stripped about 20 years prior. It was a bowl shaped area, with a swamp(natural spring) in the center. So they dug out the spring area, made it into a lake, then built houses in an inner ring and outer ring around the lake. Looked like a nice place! My aunt built a new home there, my mother in law, and a few other people I know. Every single driveway and sidewalk in that development is cracked, my aunt and my mother in laws house had cracked drywall seams, and both of them had minor cracking in the basement walls. All of the homeowners in that development reported the same things.

Although those homes were not the best built. The area is unzone, unregulated, and I don't know if my county employs a code enforcer, but I have personally never seen one. The county website simply informs you to call your township trustees for information. If you call them, they basically blow you off. When I called about constructing the foundation for my proposed garage I had questions about water line locations on my property, and several other questions about accepted methods the guy I talked to basically told me to do whatever I want and refused to answer any questions. My wife's relative is the head of the water department, I had him come out with a map and verify I would be clear to dig.

I did some work in my mother in laws house repairing drywall, redoing some floors, and other things. I noticed quite a few things that never would of passed a code inspection. I would of loved to of seen what was behind the drywall! All the water lines, drain and supply to the back half of the house ran through the cold air returns. They had one leaking, and all the water ran down the duct work, leaked at various points in the duct work, and also made it down into the furnace. It was quite a mess.
Last edited: Jul 18, 2018

Senior Member
Our area is fairly good at following codes and building inspection. But when we go in to remodel, we often find some odd things from years gone by.

Senior Member
So this morning I got a notice. It said I am "addicted" to this site. Interesting trophy, I should make a shelf for the trophies....

Senior Member
So much for hoping for a relaxing day of tractors and relaxing. Friday didn't want to end and I could barely get started today. Then it started raining before much yard got mowed. Maybe next week it will be better.

Senior Member
Just a quick shot at work this week. 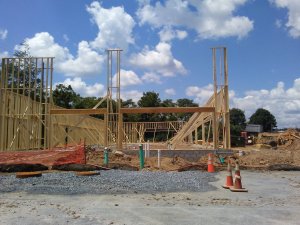 Shorty said:
So much for hoping for a relaxing day of tractors and relaxing. Friday didn't want to end and I could barely get started today. Then it started raining before much yard got mowed. Maybe next week it will be better.
Click to expand... 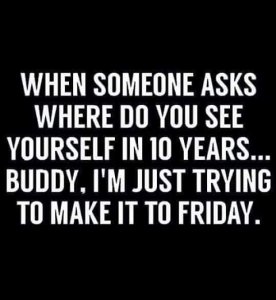 Senior Member
What a soggy day! Worked through umpteen rain showers trying to get the plywood on a roof. And it had to be plywood, most builders that we work for use OSB and I think is easier to work with. About 4 it totally dumped on us and that was it for the day. And the depressing thought is they are calling for more rain the next 6 days. Under a flood watch for the next 48 hours, most likely just streams jumping the banks.

Senior Member
Jr's little rider is running again after a half summer slumber! A used starter off a Troybilt Horse spins it quite nice. 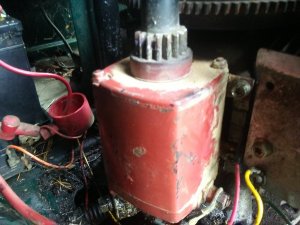 And we have skeeter repellant! 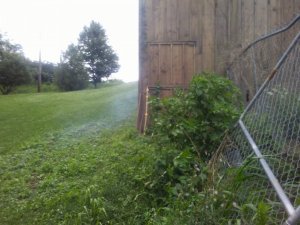 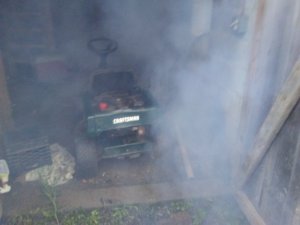 Wife thought I was burning the shed down with those pictures.

Senior Member
Aha, finally, an explanation of my tractor projects. 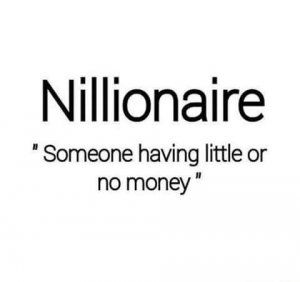