Senior Member
Member
That will keep her cool.
I will still run a seprate trans cooler too.

secondtry said:
Ran a large 3 core radiator in my 1963 Ford pickup with what I was told was a 257 engine built for a van. The engine had no fan on the water pump and required a stand off fan which i didn't have. I drove that truck in to Seattle to work in a shipyard. No fan, rush hour traffic, some times stopped in the middle of the freeway due to traffic, Never had a problem with heat. With a good 3 core radiator the fan may seldom come on unless you are using air conditioning. Don
Click to expand...

The car does have A/C, and when I do install the electric fan, it has the option to wire it so that it will turn on any time the compressor clutch is engaged. I'll try that setup first. Also would have the option to not wire it that way and just rely on the adjustable thermostat to turn the fan off and on. I can also wire in a switch to place inside the driver's compartment to be able to turn on the fan any time I want.
Last edited: Dec 18, 2019

alleyyooper said:
That will keep her cool.
I will still run a seprate trans cooler too.

Yes, a separate transmission cooler is planned, also. I have a Tru-Cool 45K BTU cooler on our 1995 F250 7.3L PowerStroke that has an E4OD transmission in it. When I installed that, I removed the stock cooler that was about 12" square...... eventually added that to our 1981 Bronco that has a 302 and C6 transmission. I'll start shopping for a the transmission cooler for the Falcon..... maybe stick with Tru-Cool, or will also check out Holly/Frostbite or OSC.

Senior Member
Member
I bought a compresser thru Auto Zone for my cummings powered Dodge truck. Never put the 134 with sealer in the orginal compresser on a Dodge truck.
Cost me 159.00.

The ignition switch was causing it to totally shut off at the most inopportune times. 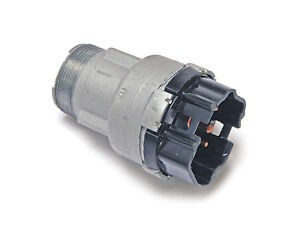 The oil pressure switch was leaking like a sieve from the body of the switch.

At the moment, I think all known issues are fixed!

Senior Member
Member
Time to get in that old long-roof and drive the heck out of it! Social distancing in your cool ride is a great way to pass time while the country is shut-down! Maybe you have been driving it a lot, but now you can have more confidence at least.

Senior Member
Member
Good idea on going for a ride. Make sure there are no break down. No help and no tow truck to call.

Senior Member
Member
Wanna hear the story that led to the ignition switch?

Due to the current virus problems, we have decided to help keep some of our favorite local businesses afloat. One is The Piggy Shack, a food-trailer home of the best Texas-style ribs I have ever had. They were saying that they were only going to sell ribs until things get back to normal (that might get modified a bit).....preorder one day, pick up next day at noon. So, last Friday we ordered a full rack. Saturday, wife and I hopped in the Falcon to go get them, with plans of stopping at local parts store to pick up an oil pressure switch. Got the ribs, went to the parts store, shut off the engine, went to the door.... locked... closed at noon.... well, crap....back in the car, turn the key, turns over but won’t keep running. At this point, my better half begins her normal consulting........ Suspecting the starter relay, I cleaned battery connections while I was under the hood, made sure things were tight on the relay, got in, it started. Backed out, went forward a few feet, died. (Early in it’s life with us, I fixed a similar issue that was being caused by the barrel connections on the back of the ignition switch). Reached behind the switch and made sure the connector was tight. Wouldn’t start, wouldn’t start..... finally started. We only had a couple of miles to get home, but we had to nurse it along like that all the way. Luckily we could take side streets. It died just as we got in the driveway, died at least twice getting into the garage, but we finally made it.. without any bloodshed.
I went to O’Reilly and got a new relay and a nice thick cable for the positive battery connection (just because I wanted a nice, new, pretty cable.... still need to put it on.) Got home, put the new relay in..... still didn’t want to start or even spin the starter reliably.... what the???? Fiddled with it for a bit, and in the fiddling process I learned that with pressure in a particular direction on the key, it would do just fine. Once started, I could move the key just right and make it die. AHA!!!!!!

So, after Sunday’s streamed church service, went to Autozone to pick up the oil pressure switch, the to O’Reilly for an ignition switch. Got home, put both in, now it’s all good again!
Since then, any running around has been done in the Bronco, and wife has been with me. Maybe tomorrow, she can stay home and I will take the Falcon for a run around the block (just in case she needs to come get me.....). I am sure it will be ok. (Famous last words) Maybe after I get home I will get the pressure washer out and clean the spot on the drive where that stinkin’ oil pressure switch was leaking.

But yes...... that car is sooooooo fun to drive, and it gets a lot of attention. Got flipped off the other day...... must have something to do with the Trump stickers in the front window on the dash, ya think????

Senior Member
Member
I would not have wanted to be there to listen to you wife. Have been there done that have a couple t shirts and a hat.
Recently got a wife order the sisters Park wouldn't start it is a relay that went bad before I was told.
Stick the key in and get the clicking low battery makes get my meter and testthe battery voltage 10.6 volts. Clean the battry terminals they were pretty bad any way still same. hooked the jumper cables up car starts quick. hook meter up and getting 14volts from the Alt. Go in a teller her it is running and will allow the battery a bit to charge. given the new relay so I say OK i will put it in but doesn't need it. Just shut the electric stuff off for a bit before shutting the car down like the, radio.

Senior Member
Member
I am going to clarify something: I have an awesome wife..... she just resorts to "worry" and "dread" as her first response to anything. Absolutely no help in a crisis/non-crisis.

Senior Member
Member
I don't mean this in a bad way but women as a whole tend to go with their emotions. Their thought process and actions tend to follow their emotions more than men. There are exceptions of course.

Looks like I need to have my fix-it shop put some pressure on the A/C system. Had it charged last summer when we bought the car. It appears to have lost that charge since it was last used..... so..... hopefully we can see where it is leaking.

I will open up the old relay and look at it.... I bet the contacts are burned.
D

Senior Member
Member
I'm wanting to get up to my mom's house and get my Plymouth fury out but probably will wait a while til this virus crap dies down, my mom is 81 and 2x cancer survivor, I am still working (been deemed essential) and don't want to chance passing this crap along

Senior Member
Member
Have the AC system recharged with a 134 with a Dye in it. That is what they put in the Buick the last time.